The Advanced ROV Electronics Package provides all of the electronics needed for an ArduSub-powered ROV. This guide will show you how everything should be connected and assembled.

Check out the ArduSub documentation for more information about how all of the hardware and software components work together.

You will also need the following (not included in the kit):

These items aren’t necessary but may be useful:

2. The Pixhawk uses a micro SD card to record data logs. It should be preinstalled in the micro SD card slot, check to verify it is there.

For this step you will need:

1. Place the Pixhawk shelf on top of the Raspberry Pi and secure it with two Phillips head thread forming screws. 2. Remove the cover from the pieces of mounting tape on the Pixhawk shelf and stick the Pixhawk on top. The Pixhawk servo rail should be on the same side as the Raspberry Pi USB ports. 4. The remaining four Phillips head thread forming screws and four spacers can be used to mount the Fathom-X board to the vehicle or electronics tray. The hardware packet may also include an additional four M3 socket head screws. These are not used for the Advanced Electronics Package.

1. Use the left angle Micro USB cable to connect the Pixhawk and Raspberry Pi. The Power Sense Module is connected between the battery or power supply and the power distribution block to provide voltage and current sensing information.

1. The end of the Power Sense Module that terminates in 3.5mm male bullet connectors should connect to the battery or power source via an appropriate adapter (not supplied). Do not connect the battery or power source until completed with assembly and ready to test the system.

2. The spade connectors on the other end will connect to the power distribution block in the vehicle. The Power Sense Module does NOT provide 5V power to the Pixhawk, only current and voltage sensing abilities.

The 5V 6A Power Supply is used to supply power to the Raspberry Pi and the Pixhawk servo rail.

1. Connect the spade connectors from the 5V 6A power supply to the power distribution block. 3. Connect the other servo connector onto the “SBUS” (“SB”) channel on the Pixhawk with the ground wire in the top position. The Pixhawk servo rail only needs power if using servos that are powered directly from the servo rail.
Do not connect more than one power input to the Pixhawk servo rail. If using ESCs with battery eliminator circuits (BEC) then only one of the ESCs should have the 5V line connected and the rest should be removed or clipped.

1. Take the ferrule to spade cable and connect the spade connectors to the power distribution. That should complete all of the connections for the Advanced ROV Electronics components installed in the vehicle. The next section will go over topside setup. All of the vehicle components.

The other Fathom-X Tether Interface Board will be used on the other end of the tether and connect to the topside computer.

1. Connect the other ends of the two tether wires to the topside Fathom-X tether input. The tether input wires should connect “+” to “+” and “-” to “-”. 3. Use an Ethernet cable (not included) to connect the Fathom-X to the topside computer’s Ethernet port. For laptops or computers without an available Ethernet port, an Ethernet to USB adapter can be used. Continue with the instructions in the ArduSub documentation for setting up the software and configuring network settings.

Be sure to visit the forums to share and check out other DIY ROV builds!

What did you think of this guide? Could it be better? Let us know here! 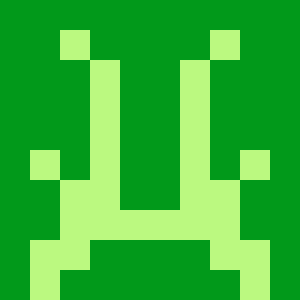 Daniel is a Technical Support Specialist at Blue Robotics and is an expert at working with all elements of our product line!